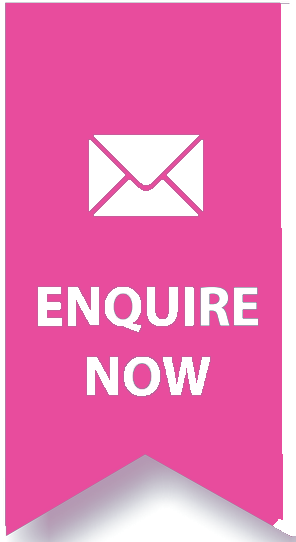 In some individuals, sperm may not be present in the ejaculate. This condition is called Azoospermia. This can be either due to problems in sperm production itself (non obstructive azoospermia) or due to obstruction to the out flow of semen, during ejaculation. (obstructive azoospermia) .Reproductive tract obstruction can be acquired (as a result of infection, trauma, iatrogenic injury which can occur during bladder neck, pelvic, abdominal or inguinal-scrotal surgery) or can be inherited . Congenital condition such as congenital bilateral absence of the vas deferens (CBAVD) . This condition of CBAVD is many times associated with an autosomal recessive geneticdisorder of cystic fibrosis.

Two techniques - Epididymal sperm retrieval & micromanipulation have revolutionized treatment of male infertility in the past decade. Men with congenital bilateral absence of the vas defences (CBAVD) or reproductive tract obstruction are now able to achieve pregnancies with use of advanced techniques such as PESA ,TESA or TESE. In all these techniques, sperms are extracted from the testis and then a single sperm is injected (ICSI) into a single egg using a machine called micromanipulator.

This procedure involves needle and syringe technique but the needle is placed directly into the epididymis. PESA or Percutaneous Epididymal Sperm Aspiration (PESA), does not require a surgical incision. A small needle is passed directly through the scrotal skin and fluid is aspirated. The embryologist retrieves the sperm cells from the fluid and prepares them for ICSI. Our unit is well known in this technique. we have done hundreds of PESA since 1996

TESA or testicular sperm aspiration is performed by inserting a needle in the testis and aspirating fluid and tissue with negative pressure. The aspirated tissue is then processed in the embryology laboratory and the sperm cells extracted are used for ICSI.

TESE is a surgical sperm retrieval procedure used in fertility treatment for men who have no sperm in their ejaculate. This is a surgical biopsy of the testis. This procedure is used for men with both obstructive and non-obstructive azoospermia. Men who have no sperm in their ejaculate either due to a blockage in the route between the site of sperm production (the testes) and ejaculation or because there is a partial or complete failure in sperm production in the testes. TESE is a minor theatre procedure carried out on an outpatient basis under general anaesthesia. Sperm are retrieved from the testes and can be used to achieve fertilisation of eggs in the laboratory. However, because the numbers of sperm that retrieved is often very low, it is necessary to combine TESE with ICSI. If suitable numbers of sperm are identified on this occasion, it is sometimes possible to freeze the testicular extract and to thaw and use this sample for subsequent treatment. If there are suitable numbers of sperm present, the sample can sometimes be frozen for use in future treatment cycles.

Microdissection Testicular sperm extraction is a surgical sperm retrieval procedure used in fertility treatment for men who have no sperm in their ejaculate, due to failure of the testis (non obstructive azoospermia) It is a surgical biopsy of the testis where an advanced operating micro dissecting microscope is used to pinpoint the tissue to be removed. This aims to cause less damage to the structure inside the testicle, and to therefore have fewer after effects such as blood supply problems caused by tiny blood vessels being cut. It also appears to increase the number of sperm that can be retrieved.

In our unit we first attempt to retrieve sperms by TESA ,If that fails to get sperms , we then do mapping and if still sperms are not obtained we resort to micro tesa . Alternately , if the patients has failed to get sperms on TESA outside , we would go straight for doing micro tese .

Our unit is one of the leading units in the world, performing Micro TESE. Leading world famous andrologist & Urosurgeon Dr Rupin Shah, does micro TESE in our unit . Many males who have failed to get sperms on TESA in other centres, come to our units , get sperm through micro TESE and manage to have a baby with their own sperms.